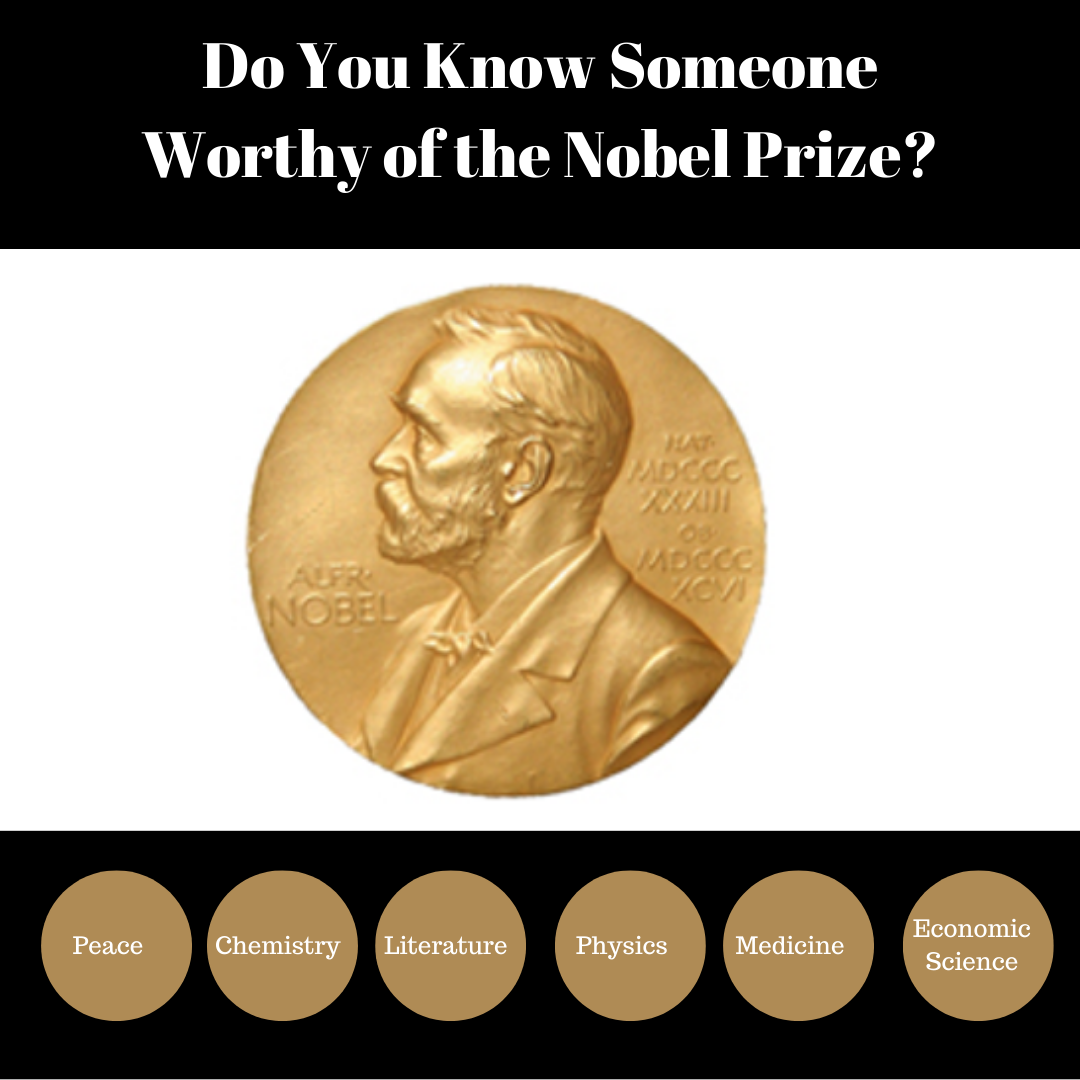 Do You Know Someone Worthy of the Nobel Prize?

Roar 4 Change and Jagat Punjabi Sabha have come forward to identify and assist in nomination of Indians across the world for the Nobel Prize. The Roar 4 Change Nobel Prize Task Force composed with the members of:

Will review and nominate the candidates for the Nobel Prize. The Categories of Nobel Prize nominations are:

Roar 4 Change issues a public invitation for submissions on its website, and anyone may suggest a candidate. We do ask that in making that suggestion, they offer substantive reasoning explaining how the candidate meets our criteria (please see the criteria before putting forward a candidate).

The deadline for submission of candidates is July 1st every year.

The Norwegian Nobel Committee does not publicize its nominees for fifty years after they are nominated. Roar 4 Change chooses to publicize our nominee in the belief that being a Roar 4 Change Nobel Prize nominee is itself a validation of the work being done by an individual or organization.

This is our humble effort to recognize the work done by organizations or individuals that we are not only encouraging the awarding of the Nobel Prize to our Task Force, but also lifting their work up for recognition for other awards globally.

If you wish to submit your applicant to the Nobel Prize Nominating Task Group, please prepare documentation as to how the candidate meets the criteria above, then use the below form to submit your candidate.

Please share this information widely with your friends, colleagues and community. Thank you for your participation in this important process.

View all posts by baljit

The site outlines our different programs and our humble attempts to actively contribute to the socioeconomic development of communities worldwide.